by James V. Faison in Blog 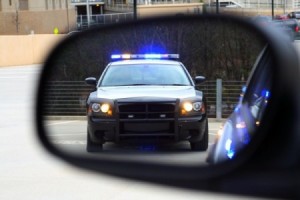 After being charged with a DWI, there are two ways which the State (i.e. the prosecution) will seek to offer evidence of one’s blood alcohol concentration (BAC) into evidence at trial.  The first and most common method is the offering of breath test results which are administered by a certified analyst, often the arresting officer. I am not referring to the Preliminary Breath Test (PBT) administered at the scene of the traffic stop after the officer typically conducts several field sobriety tests. In this instance, I am referring to the tests administered to someone who has already been arrested. This testing is often done on an approved, calibrated machine which is usually located at a police station or local jail. There are several constitutional and statutory issues which law enforcement officers must comply with when administering a breath test; however, that is an issue for another day. The results of breath test, if done in accordance with the North Carolina General Statutes, are admissible at trial. There isn’t a tremendous amount of dispute as to whether the results of a breath test will be admissible unless there are obvious violations of statutory procedure.

On the other hand, a determination of BAC by way of blood testing is often heavily litigated for various reasons. When I refer to a blood test, I mean a test that is conducted when an arrestee refuses the breath test and the officer transports the individual to a hospital, often pursuant to a magistrates order, for a blood draw from the arrestee. Another situation in which a blood draw is commonly taken is when there is an accident, and the driver transported to the hospital. Much like a breath test there are certain statutory requirements which the law enforcement officer must comply with in order to make the blood draw admissible.

Once the law enforcement officer has determined if he will seek a blood test and the blood test is completed there are two entities which could process the blood draw. The first possibility is the actual hospital in which the blood draw occurs. This often happens in accident cases. The second entity which can process the blood and determine the BAC level is the State Bureau of Investigation Crime Lab. Blood draws are typically sent to the SBI Crime Lab pursuant to a blood draw after the law enforcement officer has obtained a search warrant for a magistrate. After a lengthy waiting process (commonly in excess of one year) the blood draw results processed by the SBI Crime Lab is readily admissible into evidence at trial so long as the officer and the forensic analyst have complied with all statutory requirements. Much like a breath test, blood draws processed by a certified analyst employed the SBI Crime Lab are often admitted into evidence and used against the defendant.

Therefore, I will be focusing the remainder of this entry on what happens at trial with a blood draw that is processed by the hospital in which the blood was drawn. After the phlebotomist physically draws the blood from the driver, the blood is transferred to the hospitals lab where it is tested to determine the driver’s BAC. Here is where things start to get a little murky. Usually, the only documentation of the procedures and results of the testing is located in the driver’s hospital records like any other patient. What is troubling is those records, unlike those of the SBI Crime Lab, typically do not contain a tremendous amount of detailed information, some of which could be used to prove innocence. The hospital records typically show which tests were performed on the blood and the results of each test. Even the results themselves can be problematic because the results are often expressed in increments which are incompatible with North Carolina’s statutory definition of impaired driving. Therefore, the State actually has to tender an professional at trial who can convert the hospital results into the appropriate units which the finder of fact—be it a judge or a jury—can apply to the statutory definition of impairment determined by the state legislature.

A Paper Trail is Critical

But, before the judge or jury even get to hear about the results, the State must introduce the actual hospital records into evidence. Traditionally, there are several ways that hospital records, which are classified as business records under the North Carolina Rules of Evidence, are admitted into evidence for review by the appropriate finder of fact. One way is that someone from the hospital can bring the records with them, testify as to the way the records were stored, testify that they are the custodian of the records, and tender the records into evidence. Another, and the most often used manner, is to subpoena the records from the hospital and require the custodian of records of the particular hospital to include an affidavit indicating that the same things they would testify to at trial regarding storage of the records. However, (or, as us criminal defense lawyers say, thankfully), the State often has the judge order the records produced and there is no mention of an affidavit from the appropriate hospital administrator. So, the hospital records are available to the State; however, the State is unable to get them into evidence unless they follow through with the appropriate statutory requirements. There has been some of success, locally here in Johnston County, as well as across the state with the Court refusing to admit the records into proper evidence for lack of proper foundation. This is always good news for the defendant.

Another issue involved with admitting the medical records as have been described in this posting is that the records alone do not offer sufficient detail to answer many of the questions regarding testing reliability and accuracy that would be answered by a certified analyst with the SBI Crime Lab. Questions like: Who drew the blood? Who tested the blood? What was the procedure for drawing the blood? What machine was used to test the blood? When was the machine calibrated? How was the machine which tested the blood calibrated? Who calibrated the machine? All of these issues are very important when the State is attempting to prove a .08 or higher BAC beyond a reasonable doubt. Often times, it is a hurdle which the State is unable to overcome. These defenses are just a few of many that criminal defense lawyers utilize in effectively advocating for their client at trial. If you learn nothing else from this blog entry please be aware that there are multiple ways the State can prove blood alcohol concentration; however, there are also multiple ways which your case can be properly defended under those same circumstances. Learn more about traffic lawyers at Mast Law Firm. Our experienced attorneys can handle all DWI & traffic court cases.

If you have recently received a DWI or any other criminal infraction, please contact our firm, and we will be happy to assist you. I can be reach via telephone at 919.934.6187 or via email at ephriam@mastfirm.com.