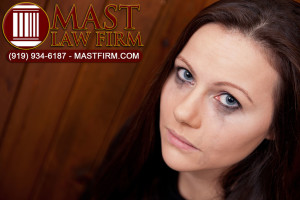 Almost all marriages have their ups and downs and unfortunately too many end in divorce. It is especially difficult when children are involved. You have many issues to deal with including custody and visitation of the children, child support, alimony and property division. A common question that arises: who gets to stay in the home and how am I going to pay for it?

An added element that can fuel to the hurt a spouse may experience is if there is a third person involved in a relationship with your husband or wife.

A few states still have “heartbalm” statutes which allow a civil cause of action. North Carolina is one of those states that allow Alienation of Affection and Criminal Conversation claims. Other states include Hawaii, Illinois, Mississippi, New Mexico, South Dakota, and Utah. What are these causes of action?

ALIENATION OF AFFECTION: With this claim a spouse must prove that he/she had a genuine and loving marital relationship which was destroyed by the wrongful and malicious conduct of a third party. The claim does not necessarily need to involve a lover, but can even include family members or other third parties.

CRIMINAL CONVERSATION: This claim is somewhat simpler… that a third party engaged in an adulterous affair (sexual intercourse) with a married spouse. While NC still technically has a law on the books which makes intercourse between unmarried persons criminal, most likely if anyone was ever charged it would be stuck down as unconstitutional under the precedent of U.S. Supreme Court.

PROOF / EVIDENCE: Proving your claim can be difficult because most the evidence is circumstantial, but some forms can include videotapes by private eyes (PIs), emails, letters, photographs, etc. Post separation conduct (i.e. relationship following separation) is not direct evidence of these claims but can be used to corroborate pre-separation acts if there is evidence of such.

DEFENSES: Defenses to these claims can include the fact that the spouses were not happily married, that a spouse consented to a third party relationship, the parties were separated, or that the 3rd party was unaware of the marriage.

If you have a claim against another person for the destruction of your marriage and you desire to bring such a claim feel free to give our office to set up a consultation. Learn more about all of the family law services that we offer.