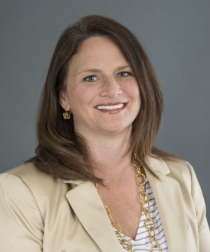 Nichole Booker is a trial attorney whose primary focus is medical malpractice. She represents individuals who have been injured by doctors, hospitals and other health care providers. Her singular focus on the law as it relates to medical malpractice has served her clients well.

Nichole grew up in Western North Carolina, where she frequently visits family. She attended the University of North Carolina at Wilmington as an undergraduate. She received her Bachelor of Arts in biology and her Masters of Education from the University of North Carolina at Greensboro where she received the Bruce M. Eberhart Award for academic excellence and research in the field of biology. She received her Juris Doctor from the Norman Adrian Wiggins School of Law at Campbell University in 2004 where she was a writer for the Campbell Law Observer, served as a Student Body Association representative, was an officer for Women in Law, and pioneered the Environmental Law Club. During law school Ms. Booker lobbied the North Carolina General Assembly on behalf of the Western North Carolina Alliance and was a clerk for a medical malpractice defense firm in New Bern, NC.

Nichole lives in Smithfield with her husband Brent who is a business owner in Apex, North Carolina. She has two fun and adventurous children, Grace and Mac. She and her family enjoy spending time at the beach and traveling. Nichole is an active member of First Presbyterian Church in Smithfield participating in community outreach programs such as Hospice and the JOCO Project. She also enjoys running and hiking.