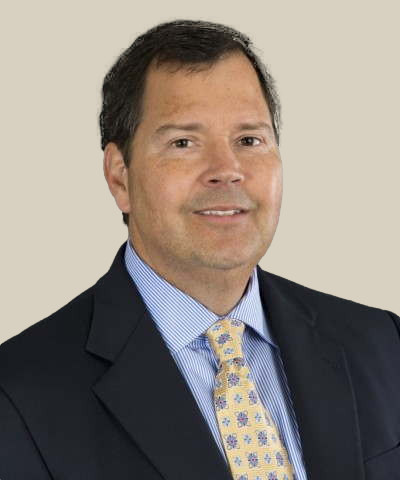 Scott was born and raised in Smithfield along with his older brother and younger sister. Scott’s parents, both Johnston County natives, stressed to their children the importance of education and community involvement. Scott attended SSS (Smithfield-Selma High School) where he was an officer in the Key Club, member of the National Honor Society and a four-year letterman of the wrestling team. Scott spent his summers in his teenage years working in tobacco and lifeguarding.

After high school, Scott attended the University of North Carolina-Chapel Hill and graduated with a degree in history. As a lifelong Tarheel fan, Scott is very proud of the fact that he, his brother, and sister are all UNC graduates. During his junior and senior years at UNC, Scott had the opportunity to work part-time as a “gopher” for a Chapel Hill law firm. This invaluable learning experience led Scott to pursue a career in the law. After graduating from UNC in the spring of 1986 and spending the summer backpacking through Europe, Scott enrolled at the Wake Forest University School of Law. Scott received an excellent legal education at Wake Forest and had the opportunity to learn from many renowned legal scholars including Professor Charlie Rose, Professor Suzanne Reynolds and Professor George “Maddog” Walker. Also, while attending law school, Scott gained tremendous experience through summer clerkships at law firm, in Durham and Charlotte, North Carolina.

After passing the bar in the summer of 1989, Scott began his legal career practicing with a large civil litigation firm in Raleigh. Scott gained a great deal of courtroom experience in this role and appeared in court in 90 of North Carolina’s 100 counties. After several years of this statewide civil practice, Scott was pleased to have the opportunity to return home to practice law with his longtime mentor, George Mast, and his lifelong friend, Charles Mast. Scott has maintained offices in both of the firm’s locations in Smithfield and in Cleveland community. He has had the privilege of assisting hundreds of clients in a wide variety of legal matters, primarily in personal injury and domestic law matters.

During his legal career, Scott has been involved in numerous civic, professional, and charitable organizations including volunteering for the Boys & Girls Clubs of Wake County, serving as an officer with the Young Lawyers Division of the Wake County Bar Association, the Board of Directors of Harbor, Inc., a founding board member of the Greater Cleveland Chamber of Commerce, officer in the Smithfield Jaycees, board member of the Neuse Charter School, and past president of the Johnston County Bar Association. Scott and his family are also active members of Saint Paul’s Episcopal Church where he has served on the finance committee, audit committee, and Vestry, including as Junior and Senior Warden.

Scott is married to the former Suefan Wellons, also a Smithfield native, and a teacher with the Johnston County School system. Scott and Suefan are the proud parents of three wonderful daughters, Eliza, Jane Ivey, and Lillian