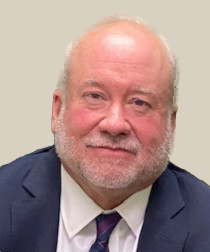 Charles Mast is the eldest of George Mast’s five children. He has three younger sisters, who live in Cary, Four Oaks and Wilmington, and had a younger brother who died of cancer at the age of seven. Charles was born at Fort Leonard Wood, Missouri in 1961, while George was in the United States Army Judge Advocate General Corps. Charles’ mother was born in Boone, NC, and her grandfather was a doctor who lived and practiced medicine in what is now known as the Daniel Boone Inn family style restaurant. Charles never got the opportunity to grow up in the mountains like his parents did; instead, Charles landed in Smithfield, along with the remainder of his family, at the tender age of one. Charles grew up in Smithfield, was educated by the Johnston County school system, and graduated from Smithfield-Selma Senior High School in 1979. He went to Wake Forest University, where he jointly majored in both business and math. He also obtained his law degree from Wake Forest University in 1987 and has been and will continue to be a lifelong Demon Deacon.

Charles is married to his wonderful wife, Kathy, who teaches school at Four Oaks Elementary. Kathy is also a 1979 graduate of Smithfield-Selma High School. Ironically, Charles and Kathy did not know each other in high school and first met at their five-year high school reunion, after Kathy graduated from the University of North Carolina at Wilmington. They have lived in Smithfield since they were married in 1986. They have two children: Cameron, a 2013 graduate of Meredith College, and Taylor, a 2016 graduate of North Carolina State University.

Family and close friends are the most important things to Charles and Kathy. Charles loves the outdoors and everything that North Carolina has to offer, from hiking and riding horses in the mountains to enjoying our crystal coast. When he has time to relax, you will usually find him with his family and friends on the golf course or near the water.

Charles has over thirty years of experience representing people injured or killed in automobile accidents, at work, and as a result of medical negligence. He is a past President of the Johnston County Bar Association, as well as a member of the North Carolina Advocates for Justice, the North Carolina Bar Association, and the North Carolina State Bar. He is a passionate advocate for individual rights and unwaveringly seeks justice for those individuals unfairly injured or wronged by others. He has been the managing partner of the Mast Law Firm since 1997.