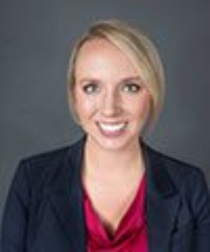 Although Lily was born into the bustling big-city life of San Francisco, California, she enjoys her full share of local North Carolina food, culture, and southern hospitality. In fact, Lily spent the better part of her childhood growing up in the outskirts of Charlotte, North Carolina. During her teenage years in the Queen City, Lily received a phone call that her grandmother living in California had fallen ill with Alzheimer’s disease. Although she first found it humorous that her 85 year-old grandmother had nonchalantly rented out her doghouse to local homeless men, grandma’s health situation quickly became dire. In response, Lily and her father squeezed themselves into his Mini Cooper, and drove the 10-day journey across America and back, eventually bringing Grandma back to their home in North Carolina to live. It was this experience that first spurned Lily’s fascination with the enigmatic “Law,” as well as the urgent need for advocacy in today’s justice system.

After graduating from Northwest School of the Arts High School, Lily left her dream of becoming a professional ballerina behind and, instead, pursued an academic career in political science. As a recipient of the Lew and Edie Wasserman Scholarship, Lily was able to attend the University of North Carolina Chapel Hill for her Bachelor’s degree. In 2009, Lily proudly graduated with a Bachelors of Arts in Political Science and as a member of the Pi Sigma Alpha National Political Science Honor Society. It was at North Carolina, where Lily met her hilarious and handsome husband John “Chad” Tuttle. As a son of a prominent attorney from Kannapolis, North Carolina, Marler Slate Tuttle Jr., Chad jokes that he vowed to never be an attorney, but to simply marry one instead. In December of 2013, he married his soon-to-be attorney fiancée in a small wedding in the French Quarter neighborhood of New Orleans, Louisiana, from a balcony window overlooking the legendary Bourbon street.

While Lily attended North Carolina, she paid her bills by juggling several waitressing, bartending, and hospitality jobs, which left her with invaluable people skills. After a year of saving up for law school, however, Lily was overjoyed to leave her restaurant days behind when, in 2011, she was accepted to attend the Campbell University School of Law in downtown Raleigh, North Carolina.

While studying at Campbell, Lily was also honored to receive “Book Awards” for several classes (the achievement of receiving the highest individual grade for the curriculum out of all fellow classmates), for Client Counseling, Professional Responsibility and Ethics, and Professional Skills in Writing. In May of 2014, Lily was commemorated at Campbell’s graduation with an Award for Excellence in Lawyering Skills and induction into the Old Kivett Advocacy Council, and an Award for Outstanding Achievement from the Campbell Law Review Volume 36. You may find Lily’s most recently published work in Campbell Law Review’s Volume 36 Symposium edition, titled: North Carolina’s Wary Reception of Drug Treatment Court: The Myth of Inherent Ethics Violations Within Its Structure, 35 CAMPBELL L. REV. 367 (2013).

In between the summer of her first and second years at law school, Lily worked for the Honorable Chief District Court Judge of Orange County Joseph Buckner, and Honorable District Court Judge of Orange County James Bryan. During this summer, Lily gained incredible legal experience by assisting Judge Bryan with a five-day non-parent custody proceeding, as well as enjoyed daily direct involvement with DSS, Domestic Violence, Drug Treatment and Family Treatment Court, under the supervision of Judge Buckner.

During the second summer of Lily’s law school career, she was fortunate enough to work as a legal intern at Mast Law Firm. Here, she participated as first chair in multiple civil and criminal bench trials, addressed the North Carolina Industrial Commission, presented oral motions for divorce proceedings, and represented clients daily in domestic violence, criminal, civil, and disposition court. She also learned the skills and techniques inherent in drafting successful legal documents, including complaints, discovery requests, motions pertaining to pre-trial and discovery issues, subpoenas, and exhibits for trial.

As Lily began her third and final year at Campbell Law School, she continued to work as a research assistant for the firm, in addition to embarking on an externship at the Wake County Public Defenders Office. Under the tutelage of respected Assistant Public Defender Carolyn Hair, she spent her time in the courtroom representing 20-50 criminal clients daily in Misdemeanor Criminal Court, Domestic Violence Court, and Superior Court, as well as occasionally defending clients against lifetime satellite-based monitoring. The diligent and demanding representation required of her externship included conducting one-on-one initial client meetings, individually interviewing clients, witnesses, and police officers during court sessions, as well as negotiating daily misdemeanor plea deals with Wake County Assistant District Attorneys.

Lily joined the firm after successfully passing the North Carolina Bar Exam in 2014. She is overjoyed to be working with such a genuine, well-respected, and hard-working group of people at Mast Law Firm. Armed with a solid foundation in legal writing and research, an extensive set of people skills, and a passion for litigating in the courtroom, Lily is excited to expand her field of practice. Lily looks forward to further exploring the areas of criminal, civil and family law litigation, where a strong legal foundation and interest already lies.

Lily and her husband Chad now reside in downtown Raleigh, North Carolina. In her free time, Lily can be found playing golf with her husband, hiking, or enjoying all things deep-fried and southern at downtown Raleigh’s new local restaurants.