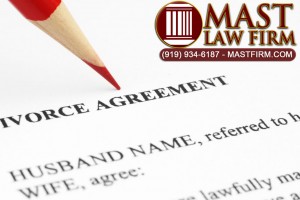 North Carolina is one of the few states that still allow what is termed “heart balm” statutes, such as the claims of Alienations of Affections and Criminal Conversation.  Both of these claims can be asserted by a spouse against at third party (i.e. boyfriend/girlfriend) who has had a “relationship” with the other spouse. For Alienations of Affections, essentially you must prove that the acts of the Defendant alienated or caused the love and affection that used to exist between the spouses to dissipate. With Criminal Conversation, you only need to prove that the Defendant had sexual intercourse with the spouse of the Plaintiff spouse.

However, the Generally Assembly just passed a statute which limited the scope with which a hurt spouse can recover under the theory of Alienation of Affections. The statute limited the conduct to those which occurred while the Plaintiff and his/her spouse were together. So, under the new law, if the Defendant does not have any relationship until after the husband and wife separate, then the Defendant cannot be held accountable for his acts.

Additionally, the new law prohibits a suit from a suit against a corporation or business entity.  Previously, some Plaintiffs have tried to sue the employer businesses of the Defendant alleging that the employer condoned or encouraged the acts of affair. However, with the passage of this new statute, that has been prohibited. lastly, this does not prevent a claim for “Criminal Conversation” which is the mere act of intercourse with a married spouse.